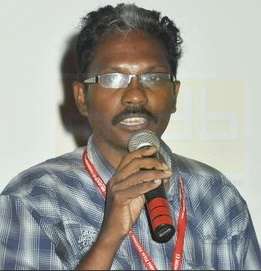 Born in the year 1971, Dr. Bijukumar Damodaran by profession is a Homeopathic Doctor. His passion for creativity lead him to sculpture classic films like Saira (2005) which told the story of the daughter of a famous Ghazal Singer who wanted to become a journalist and ended up being the victim of the fallacies of the society. The lead role were played by Nedumudi Venu and Navya Nair. The film was widely acclaimed and was the opening film in Cannes International Film Festivel, 2007 under the section of Cinemas of the world (Tous Les Cinemas Du Monde). In 2008 yet another masterpiece was created, Raman , which also was selected for the Cannes International Film Festival in 2009 under the section "Incredible India". "Veetilekulla vazhi" (The Way Home), was yet another beautifully crafted film from Dr. Biju and it got the National Film Awards for the Best Malayalam Film in 2010. His fourth film "Akashathinte Niram"( The colour of the Sky) released in 2012, world premiered at 15th Shanghai Film festival in the International Competetion Section. Interestingly his first three films were based on Terrorism and was more sort of a trilogy. Dr. Biju has served as Jury for couple of internationaly acclaimed film festivals.

Submitted 8 years 2 months ago by vinamb.